Bureau County is located in fertile countryside of north central Illinois, just an hour east of the Quad Cities and two hours west of downtown Chicago. According to the 2017 Census of Agriculture, there were 1,038 farms in Bureau County, spanning 437,055 acres, with an average farm size of 421 acres. As of the 2010 United States Census, 34,978 people called Bureau County Home. Average temperatures in Princeton (county seat) average a low of 14° F (January) to 85° F (July). Average rainfall ranges from 1.48" (February to 4.76" in August). Travel the back roads and you might see white tailed deer, cardinals, flocks of geese, fields of sunflowers, or freshly baled hay. A particularly scenic place to visit is the historic Hennepin Canal. Walk, bicycle, or ride a horse along its banks during each of the four seasons for an ever-varying change of scenery. You can cross over the Bureau Creek on the historic Red Covered Bridge or the new Captain Swift Covered Bridge. If you're looking for land for sale in Bureau County, IL, check out Land Pro LLC's current listings below. If there are no current listings in Bureau County, take a look at land for sale in neighboring Lee County, LaSalle County, and Putnam County. You can also view all the Illinois land for sale by Land Pro LLC. 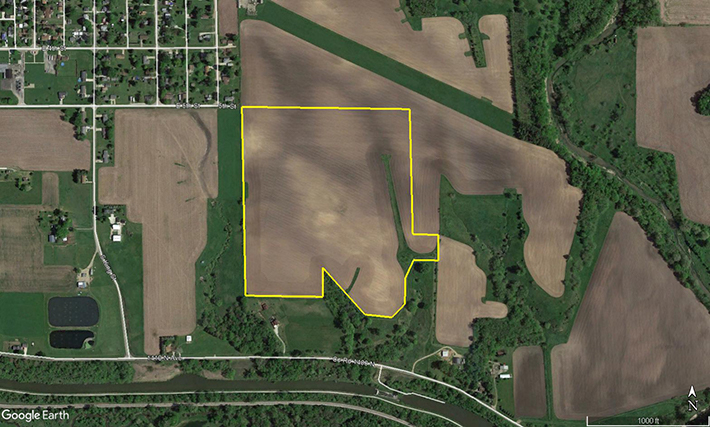 The Larson Farm is well-located, adjacent to Wyanet Illinois. It is mostly all tillable and lends itself to many opportunities. If you are in the market to invest in a smaller farm, this is the one!